Frank Fischer appointed Chairman of Board of Directors

MOUNTAIN VIEW, Calif.–(BUSINESS WIRE)–NeuroPace, Inc., a Silicon Valley-based medical technology company, today announced the appointment of Michael Favet as Chief Executive Officer. Frank Fischer, after 20 years serving as CEO, continues with NeuroPace as Chairman of the Board of Directors. 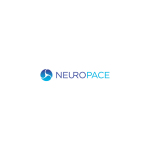 Mr. Favet has served on the NeuroPace board since 2016, and has been the acting Chief Commercial Officer since 2018. Mr. Favet has twenty years of experience in senior management positions at a variety of medical technology companies, including Advanced Cardiac Therapeutics, Sonitus Medical, Ventus Medical, Boston Scientific and Guidant. Most recently, Mr. Favet was a managing director for KCK’s medtech group, part of a family fund investing in medical technologies.

“Frank is an inspiring pioneer who has brought NeuroPace’s life-changing technology to thousands of people with epilepsy. I’m thrilled to build upon what he has created and to lead NeuroPace during this exciting period of commercial growth,” said Mr. Favet. “I look forward to working with our exceptional team to expand access to the RNS System to many more patients and continuing development of the technology for new disease states.”

For more than 20 years, Mr. Fischer has worked to ensure that NeuroPace has met the highest possible standards on behalf of patients and health care providers, from initial conception through successful product commercialization. As Chairman of the Board, he will continue work with the leadership team and external partners to continue advancing RNS therapy and improving access to care for individuals living with uncontrolled epilepsy.

“It has been a privilege and an honor to lead NeuroPace through the achievements of the last 20 years,” said Mr. Fischer. “I have tremendous confidence in Michael’s leadership as he takes NeuroPace into the next phase of growth, and I remain deeply committed to working with the NeuroPace team to bring this groundbreaking therapy to as many patients as possible.”

“We appreciate Frank’s commitment and far-reaching contributions to the success of NeuroPace over the years, and are grateful for his continued involvement with the company and the epilepsy community,” said Joe Lacob, NeuroPace board member. “This is an exciting time for NeuroPace, as demonstrated by its recent product launches, incredible clinical outcomes, and strong market adoption. Michael Favet is an outstanding leader who will help accelerate commercial growth and further the company’s mission of improving the lives of millions of individuals suffering from medically refractory epilepsy and other brain disorders.”

About the RNS System

The RNS® System is the world’s first and only closed-loop brain-responsive neurostimulation system designed to prevent epileptic seizures at their source. The RNS System is composed of a neurostimulator, leads that are placed at the seizure foci, a remote monitor used by patients to upload their data, and a RNS Tablet and Patient Data Management System (PDMS) used by physicians. Physicians can view their patient’s electrographic data on a secure website and program the device to personalize therapy for each individual. Unlike anti-epileptic drugs or resective surgery, brain-responsive neuromodulation outcomes typically improve with time and do not cause the cognitive side effects that can be associated with those alternatives. The RNS System is now available at nearly all comprehensive epilepsy centers in the United States and is widely covered by private and government insurance.

The RNS® System is an adjunctive therapy for adults with refractory, focal onset seizures with no more than 2 epileptogenic foci. See important safety information at www.neuropace.com/safety/

NeuroPace is the global leader in the emerging field of brain-computer interface technologies, which is projected to become a $1.2 billion market by 2024. We are dedicated to developing groundbreaking technology and advancing brain science to improve the quality of life for millions of individuals who suffer from neurological disorders. The company’s first product, the RNS System, is the only FDA-approved brain-responsive neurostimulator for the treatment of focal onset refractory epilepsy. In addition to treating epilepsy, brain-responsive neuromodulation holds the promise of treating other brain disorders that impact quality of life for millions of patients throughout the world.