SAN FRANCISCO, April 3, 2019 /PRNewswire/ — Doximity, the professional medical network, announced today that distinguished healthcare executive Jason Gorevic, chief executive officer (CEO) of Teladoc Health, has been appointed to its board of directors. Gorevic brings a deep knowledge of the innerworkings of the healthcare system along with extensive experience in driving transformation to rapidly scale companies including growing Teladoc Health to the global leader in virtual care. 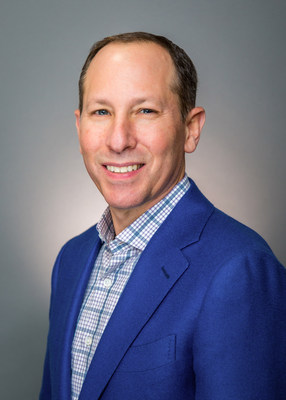 Named CEO of Teladoc Health in 2009, Gorevic has led the company through tremendous growth, increasing revenue exponentially, taking the company through its initial public offering (IPO) and expanding the organization’s footprint globally through a proven acquisition strategy. With a focus on transforming the healthcare experience, he has steered Teladoc Health through the evolution from a single point solution to a comprehensive continuum of clinical services available via a single access point.

“We’re thrilled to have such an accomplished digital health executive, strategist and leader join the Doximity Board,” said Jeff Tangney, founder and CEO of Doximity. “Jason’s wealth of experience will be a tremendous asset to us as we enter our next phase of growth.”

Previously, Gorevic was senior vice president and chief marketing and product officer for WellPoint Inc., a Fortune 50 managed care company and the second largest U.S. insurer. Jason became part of the WellPoint management team when it acquired Empire BlueCross BlueShield, where he became the president of the seven billion dollar New York market, after joining the company in 2002.

“Doximity is a significant resource for physicians and a stand-out example of meaningful innovation in healthcare. The company is well poised for growth and expansion and I’m looking forward to working with Jeff and team to execute on their strategic vision, shape the market and continue the company’s impressive growth trajectory,” said Gorevic.

In 2018, Doximity was recognized by Deloitte for the third consecutive year as a Deloitte 2018 Technology Fast 500™ winner. Doximity partners with some of the most respected leaders in healthcare, including over 200 hospitals; 19 of the 20 largest hospital systems such as Johns Hopkins Medicine, Mount Sinai Health System, and Northwestern Medicine and U.S. News & World Report.

Founded in 2011, Doximity connects physicians and clinicians to make them more successful and productive. It is the largest professional medical network with over 70 percent of all U.S. physicians as members. The network enables medical professionals to communicate with colleagues and patients, and to share their perspectives on the latest health care trends and research. Doximity is based in San Francisco and was created by the founders of Epocrates and Rock Health. To learn more, visit www.doximity.com